#ThankYouChadwickBoseman: the desire to be motivated and inspired by others 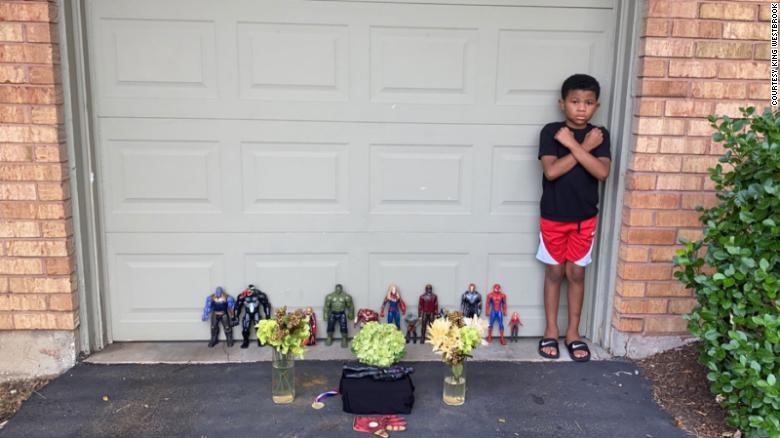 During the summer break I took a moment to reflect on this year’s struggles; the worldwide pandemic crisis, the racial injustice, how the racism debate (although how can racism still be a debate?) keeps polarizing us instead of bringing us together, and of course climate change it is still here and real… I thought we had seen it all for 2020, this must be it, but then a few days ago I read the devastating twitter message that Chadwick Boseman* passed away after a four-year battle against cancer. That tweet has become the most-liked tweet ever.

Purpose and legacy
You may wonder why, in the light of the current public health and economic threats, the death of an actor whom I have never met in my life mattered so much. As I was going through the social media posts I tried to grasp my mind around the fact that Chadwick was determined to serve the community, our collectively utter need of true representation, while battling cancer privately. He served a higher purpose and encouraged others to do the same. In his own words: “purpose is an essential element of you. It is the reason you are on the planet at this particular time in history.” He used his valuable and precious time to motivate and inspire others through his movie roles. His impact, especially on the next generation, was beyond our awareness. In the days to come children started holding funerals and memorials with their Avengers action figures as a tribute to their superhero.I could not help myself but feel sad and shed a small tear as I saw those heartbreaking images of Black children mourning the loss of a King, a superhero with a face that finally looked like them.

The importance of role models
Growing up many of us have had questions like ‘who inspires you?’, ‘who do you look up to?’, or ‘who do you admire the most?’. They may sound as cliché questions, but the underlying reasoning is still relevant. Having a role model can have positive influences on your motivation and the realization that you can reach certain goals. There are three distinct functions that role models can serve. They can act as:
1. behavioural models –> facilitate skill acquisition through vicarious learning
2. representations of the possible –> increase motivation by changing self-stereotypes
3. inspirations –> adoption of new goals by identification and admiration

One of the simplest way to act as a role model is by helping somebody achieve an already existing goal. The focus here is on learning how to do something rather than noticing that something is possible. For instance a father showing his son how to shave for the first time, or a high school mentor coaching a student on time management. It is through social learning that the other person acquires skills and knowledge.

In underrepresented groups role models can act more as representations of the possible. The value of role models in underrepresented groups might therefore even be higher than for others. For example, female college students are known to be more positively affected by same-gender role models, especially in areas where females form the minorities such as in mathematical sciences. Having a role model with shared attributes, such as similarity or shared group membership, can help you change perceived barriers and self-stereotyping. However the extent to which this will take place partly depends on attainability. Attainability is defined as the degree to which someone can see him or herself being like the role model in the future. Believing that you have the potential to be like your role model will positively contribute to the process of breaking down barriers and changing stereotypes, and increases the motivation to reach an existing or new goal. To all the girls and young women reading this you might actually be the next Katherine Johnson in the making.**

Role models can also function as inspirations. I remember when Black Panther hit the theaters and people all over the world were dressing up as they went to see the release in cinemas. To be honest I regret not doing the same. The dressing up was a way of celebrating not only its enormous success, but merely its existence as it was one first time that the beauty and accomplishments of the African nation were fully portrayed instead of focusing solely on the struggles and the suppression of Black people. Black children now had King T’Challa with whom they could identify and Wakanda suddenly embodied our strive to something new and better, a thriving African nation. People felt inspired.

Can I become a role model myself?
The simple answer is: YES! It is a common misconception that role models belong to a selected group of well-known individuals with a celebrity status and successes highlighted by their fame. Surely they get more attention, but if you take a moment you will realize that also in your more direct environment there might be people who motivate and inspire you. Parents and caregivers are too a commonly named group of role models. Although not surprising as during childhood parents play an important role in shaping their children’s behaviour, teaching them skills and important life lessons, it is still important to acknowledge it. In addition other people can also play a role in forming a child’s identity and the moral and ethical values he or she upholds. This could be a neighbor, a dear friend, or a teacher. Hence, you too could be a role model to someone in your close environment.

Simply remember that you do not have to be perfect, we all have our good and bad moments. You do not have to have all the answers.  Remind the other person that learning from mistakes is important. It is exactly those learning moments that can have a positive influence on others. But first, have you already thought about your purpose in life?

*Chadwick Boseman played iconic and memorable roles in movies like 42, Marshall, Da 5 Bloods. Internationally most of us will remember him as superhero King T’Challa in the Avengers movie Black Panther. It was not until his death that we learned that he shot this and other movies while battling cancer.

**Katherine Johnson was an American mathematician at NASA, whose calculations were very important for the success of the first American orbital spaceflight in 1962.