What the hack? Bringing about a practical tool through open collaboration 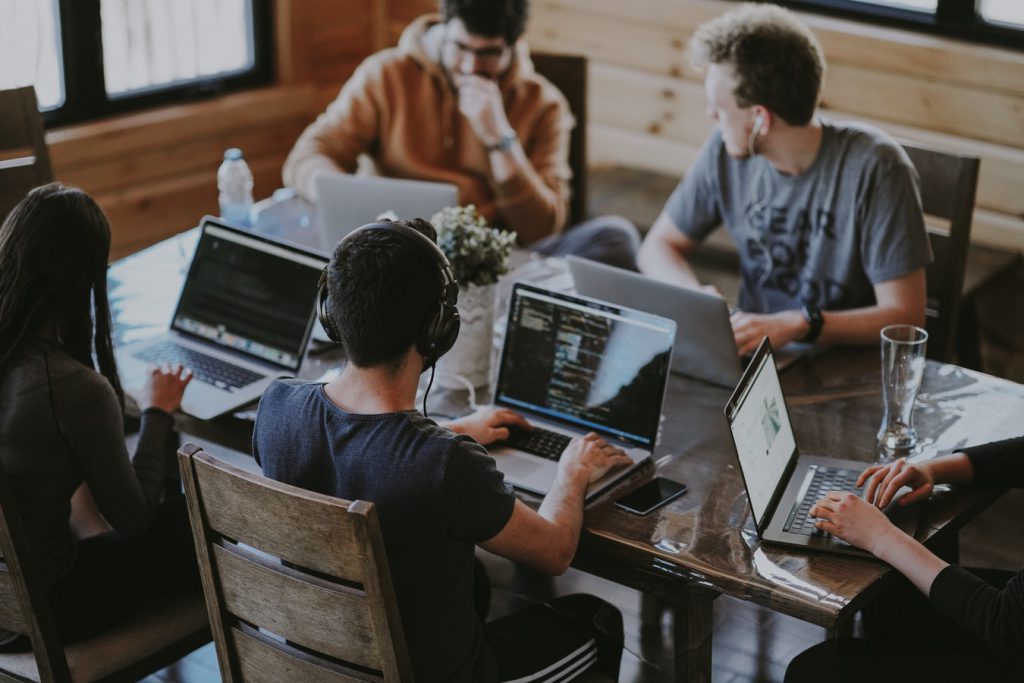 Recently, we released an MRI data sharing guide for Dutch researchers. This is a tool for researchers who want to share brain MRI data but do not know where to start. Such a practical tool is an output form that we as researchers are not very much used to. Creating this guide was therefore a very different process compared to regular research. Specifically, it involved a lot less planning, first-time hackathon experiences and many teachable moments.

So it begins: the brainstorm
In October 2019, the Open Science Community Leiden helped me organize a brainstorm session for university employees who were interested in sharing MRI data. During my work, I had already noticed that most people I spoke to didn’t have much experience with sharing MRI data. Therefore, with this brainstorm session, I hoped to hear more points of view on the matter or find out about regulations I wasn’t yet aware of. Most importantly, I hoped to reach consensus on what to do, because from where I was standing, it seemed as if there wasn’t any.

The session was well-attended, not only by researchers from the Social Sciences faculty, but also by support staff and staff from the University Medical Center. Together, we came to a few important conclusions:
1. We weren’t the only ones with little experience sharing MRI data;
2. Many researchers didn’t know how privacy regulations apply to MRI data;
3. Researchers were unaware that support staff was there to help and support staff, in turn, had no idea what MRI data was and were unsure how to get in touch with researchers.

With these conclusions in mind, we decided to draft a guide about the subject. We formed a group consisting of both researchers working with MRI data as well as research support staff to tackle the issue and got started.

Appointments followed and a few months went by. Apparently, getting together with both researchers and support staff had been a good idea: we complemented each other’s knowledge and were all prepared to explain our view on the issue. During our get-togethers, we realized that there were many aspects that play a role in sharing MRI data (type of MRI scans, stage of research, location of data collection, etc.). We therefore decided to keep the first tool small, focusing on the Dutch situation, as this was by itself already a challenge.

A knack to hack
In January, the Open MR Benelux 2020 took place, a small-scale event for Benelux researchers who work with neuroimaging data and are interested in open science. This was where I joined my first hackathon and I was quite nervous about it. The word “hackathon” sounds very advanced and since I do not have much programming experience, I worried it was going to be a disaster. Luckily, the opposite turned out to be true.

What are hackathons?
he word ‘hackathon’ originates from the programming world and stands for “hacking marathon”. Originally, hackathons are large meetings of smart people trying to build some kind of working software in a(n impossibly) small amount of time. Nowadays, an academic hackathon is typically a period in which academics collaborate fully on one specific project which will probably advance the field in one way or another. Admittedly, many projects do focus on developing tools, but they can also be tools that have nothing to do with programming. In fact, hackathon organizers increasingly stimulate making projects open to those with little coding experience. In recent hackathons, participants also do not only “hack”, but also have possibilities to follow training sessions and participate in “unconferences” – basically open and unplanned discussions for everyone to join. In this much more open way, hackathons are a great place to get to know new people, learn from them and have fun in the meantime.

At OpenMR Benelux, I proposed our MRI guide as a hackathon project to receive more input. Despite the fact that there weren’t many participants to help, I received valuable input from an associate professor from Erasmus MC (Stefan Klein), who provided some more technical and medical insights. The rest of my time there, I spent helping with an existing initiative (eCOBIDAS). I was pleasantly surprised to realize that I learned more from my – very patient – collaborators than I imagined was possible in 3 days. Recently, I joined a second hackathon (OHBM Brainhack), which basically repeated this experience: I learned so many new things in a short amount of time. The best part about both these experiences wasn’t only to learn new skills. It was also getting to know colleagues and initiatives outside of the Netherlands that turned out to be very relevant to my own work. In addition, these events were both so informal and accessible that my embarrassment to ask things I didn’t know quickly faded.

In the meantime, the first version of the MRI data sharing guide has been published and we have already received feedback for a next version. My conclusion from this is that community-driven efforts, such as hackathons and our sharing guide, can contribute to scientific advancement in an extremely meaningful way. For me, this meant bringing the right people together to try to figure out the complicated issue that is sharing MRI data. For others, this may mean something different. Overall, I think that community-driven initiatives can have large impact, not only because they result from collaboration, but also because they have personal benefits: you can learn about projects happening in the world, get to know new people and collaborate on projects that you would otherwise never have thought about. It would be great if our MRI data sharing guide could be followed by something more widely applicable and will be just as widely supported as many preceding hackathon projects. In the meantime, I will keep on hacking.