About time, for a blog 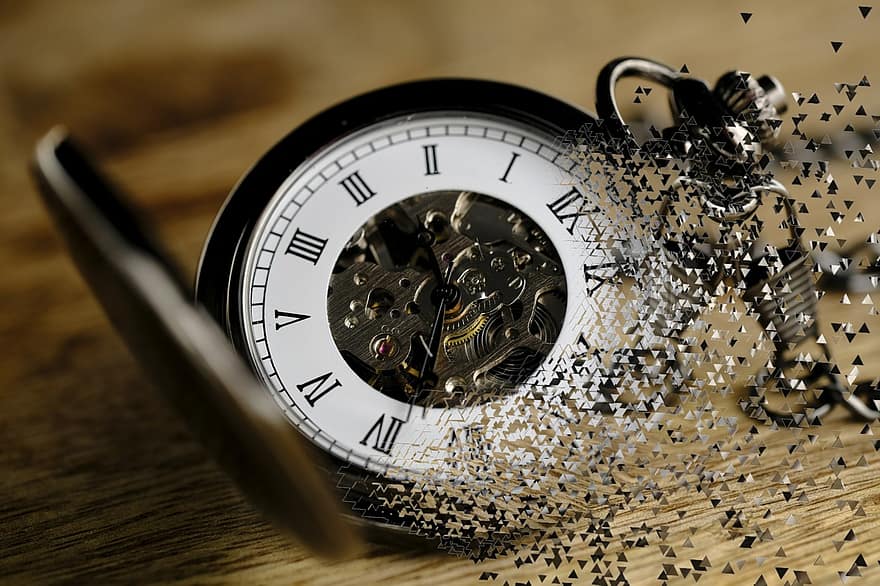 “What, July already!?” I think, as I receive emails from the University about the close of the academic year. These past 7 months feel to have gone by in the blink of an eye. At the same time, the start of the lockdown in the Netherlands (that started on the 12th of March), has created a divide in my mind; there’s a distinct time before and time after the start of the lockdown. For instance, the memory of my skiing holiday in January feels to belong to a different lifetime. Interestingly, when talking to friends or family about my perception of time, it seems that there are quite some individual differences. Some feel that the past months have been dragged out, rather than sped up. As a result of my own experiences and the contradiction of my experience in the reports of others, I am left with questions: What affects our perception of time? And how do we keep track of time in the first place? Time to find out!

Time flies when you’re having fun..
With respect to time speeding up, several factors might play a role. For instance, time tends to move faster when we are emotionally taxed and having fun, such as when talking with a friend, when playing a game, or when discovering interesting theories about time perception. One example from the psychological literature is the concept of flow, which describes a specific state of concentration or complete absorption in the activity that is being performed. It can occur in situations that are intrinsically rewarding and challenging yet mastered, for instance when playing sports or making music. The acceleration of time might possibly be the result of resources being drawn away from our internal timer (which might make it ‘miss’ keeping track of time, like a stopwatch being turned on too late when you are not paying attention).

Time crawls when you need to run!
Have you ever been involved in a near-accident in traffic? Once, a car almost hit me as I was biking across an intersection. As I saw the car approach out of the corner of my eye and I noticed it wasn’t slowing down and on a direct collision course with me, time seemed to freeze. I slammed the brakes and turned my bike in what must have been less than a second or two, but it felt like ten seconds. This matrix like power is not unique to me and could actually relate to the fact that heightened arousal seems to slow down our perception of time. For instance, studies have shown that artificially inducing arousal before a timed stimulus increases the perceived duration of a timed interval (and certain drugs that heighten arousal, such as cocaine, as well as increased body temperature, have a similar effect on time perception). What happens to the internal timing mechanism? Possibly, more resources are being used by the internal timer, leading to it keep track of more time (like a stopwatch being turned on exactly at the start of an event).

Novelty versus routines
Some studies posit that novelty plays a role in our perception of time, and that new stimuli slow down our perception while known stimuli, such as in routines, speed it up. This would fit with the theory of arousal / attention described above, with more attention being paid to -and more arousal being elicited by- a novel stimulus compared to a known one. The first times you’re tasting a new food, trying a new sport, or going on a date, are given more attention and are more arousing, slowing down our perception of time. This would also explain the well documented phenomenon that time feels to be moving faster with increasing age. As we age, we tend to encounter less and less novel situations, and get into more daily and weekly routines.

Time to sum up
In short, according to the literature that I have read for this blog*, it seems that our sense of time is influenced by how much resources are left to keep our internal stopwatch active. Keeping track of time requires attention and working memory, and the more resources are taken up by other processes that do not require attention or working memory (emotion, well-practiced routines), the faster time seems to move. On the other hand, the more direct attention a situation requires, such as when attending to novel stimuli, or when a situation is arousing, such as when trying to prevent yourself from crashing into a car, the slower time seems to pass by.

Individual differences in lock-downtime?
Looping all the way back to the start, I tried to apply what I learned in the literature to my experiences in the corona period. Given the novelty of all the situations that corona has brought about (wearing facemasks, getting accustomed to working and teaching online, constant, arousal-inducing news that draws your attention), one would expect time to slow down. However, following the lockdown, most of us were also stuck in the same environment for over two months. Confined to your own house or even room, days become weeks, and weeks become months, and the only novel stimuli are all presented through the same medium, my laptop. It seems to be that there’s plenty of reasons for our perception of time to have been sped up, as well as having been slowed down. Depending on which is more prevalent or salient at a given time, 2020 can feel as either a train or a snail riding by. I’m personally leaning towards team train. How about you?

*If I had all the time in the world, I would have read more, but this blog is already overdue on time.